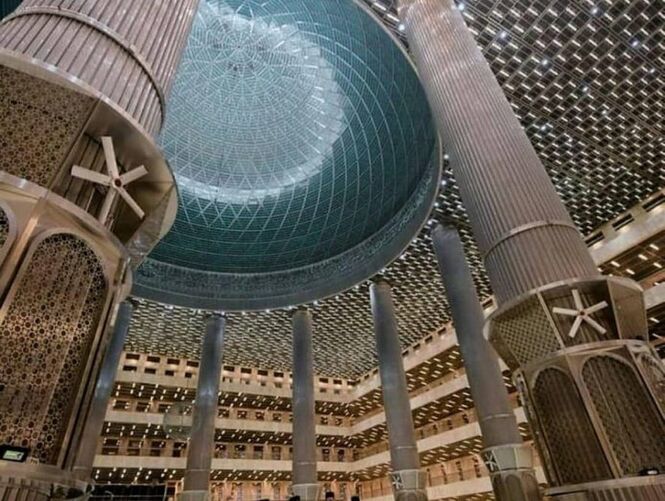 Installation of HVLS AirPivot Fans in the Istiqlal Mosque

At the beginning of January, President Joko Widodo announced the opening of the Istiqlal Mosque, which after 14 months of restoration, in which more than 1,000 workers participated, has been inaugurated. It is the largest mosque in Southeast Asia and the sixth largest mosque in the world. The new reform with industrial wall mount fans and many other improvements ensures comfort for all visitors.

Our colleagues from Magnovent Indonesia installed Anemoi AirPivot Industrial Wall Fans, an industrial fan to be installed on walls to direct the air where it is needed. In this case, they were installed on the pillars and without the protective grid for aesthetic reasons. Fans were allowed to be installed without it due to being indoors and at high rise.

Another improvement that the community really liked is the meeting tunnel that was built between the Istiqlal Mosque and the Cathedral Church.

Magnovent is very proud to be a part of this project that is the pride of the Indonesian people.

REQUEST A QUOTE FOR MY PROJECT